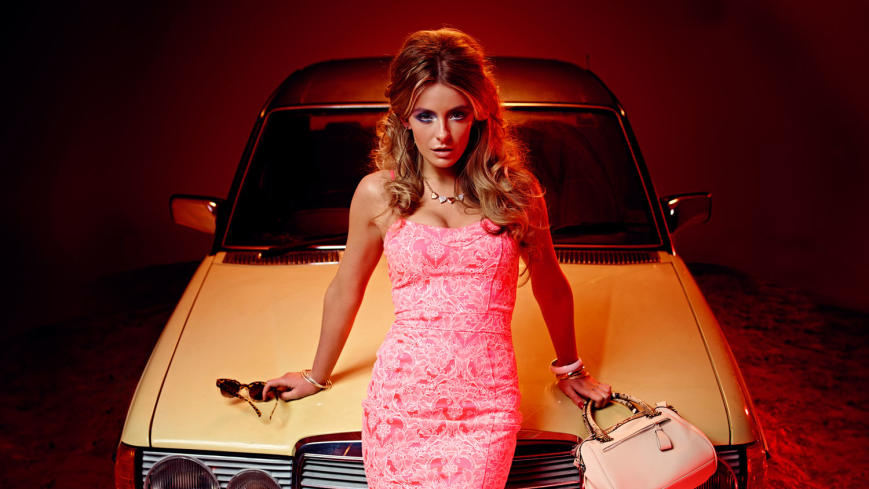 Last night, the boyfriend and I did something we’ve never done together before: we went to the opera.
When English National Opera contacted me to ask if I wanted to see an opera at the London Coliseum, I jumped at the chance. Going to the opera isn’t something that I would normally do, but trying something new is pretty exciting. The ENO currently have three different operas running, but I chose Carmen because it’s probably the most famous and everyone will recognise some of it! 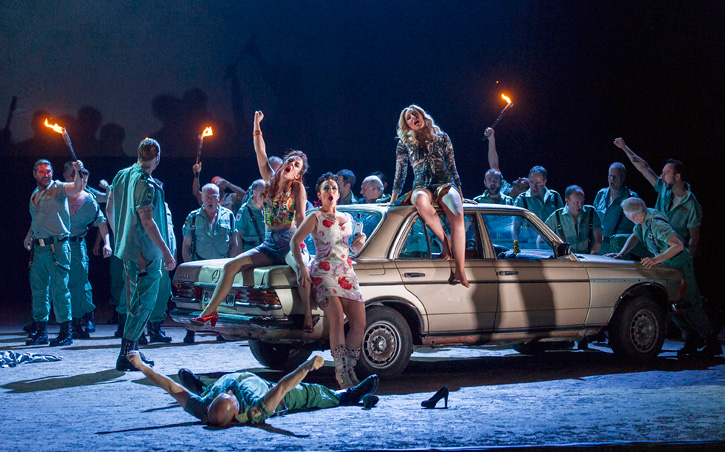 My first impression of it: it’s very sexy! Not what you’d expect from an opera, but Carmen is a story that is full of love and passion. A beautiful naked man even made an appearance!
It’s in English. I have to say I was a little bit disappointed by this because I was expecting the original French, which I think might have sounded more beautiful. But hey, it’s great for all the non-French speakers out there! Either way, you get subtitles above the stage so you can follow the story.
It’s very modern; a fresh take on a classic that was first performed in 1875. Carmen is still a gypsy and Don José is still a soldier who falls madly in love with her, but the staging is different to the classic. Think vintage cars and outfits.
The music is great (all composed by Bizet). I recognised more of it than I had expected: from Habanera and Toreador to Overture in the video below.
The voices are incredible. Justina Gringyte is amazing as a sexy Carmen. You really wouldn’t guess just by looking at her that she has such a beautiful, powerful voice! When all of the characters on stage sing at once, it feels especially powerful.
I think Carmen at the ENO is perfect for people like me who aren’t used to going to the opera. The modern staging makes it much more exciting and the music is so recognisable that I found myself humming the melodies on the way home. It’s on at the beautiful London Coliseum until the 3rd of July, so book your seats now! You can also watch it in cinemas throughout the UK from the 1st of July.
What do you think of the opera?

6 Tips for Working Out After Work

6 Tips for Working Out After Work